Hat 50 to 120 mm wide, hemispherical at a young age with a curled brim, later flat, fleshy, globous or slightly bumpy on the surface, white, cream or yellowish.

Thorn 15 to 40 mm thick, up to 80 mm long, dull, stiff, sometimes widened at the base in youth, later cylindrical, smooth, whitish.

The flesh is firm, whitish and later soft. It has a pleasant taste and a strong, typically floury aroma. 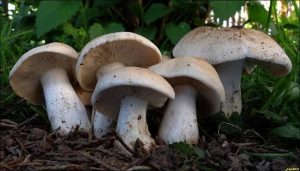 It grows pretty abundantly from April to June, in higher altitudes until summer – in meadows, borders, orchards, gardens, on the edges of forests, in shrubs, often in groups or circles, mostly under fruit trees (cherries, blackthorns, apple trees).

Light bulbs grow in virtually every season and are excellent for many culinary adaptations. We often find them in so-called magic circles in places where there is enough free grass area.

St. George’s Mushroom grows abundantly, mostly in groups on meadows, on the edges of deciduous forests, in gardens and parks, especially under deciduous trees and shrubs. It appears in nature as early as the end of April and in larger quantities in May. The hat is whitish to ochre yellowish, 4 – 11 cm wide, spherical in youth and later spreading. The leaves are whitish to ochre, soft and dense, like no similar fungus. It is characterised by an intense flour aroma and cucumber flour taste. 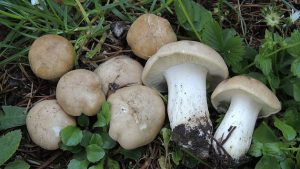 Can you grow St. George’s Mushroom in your garden?

Definitely YES you can! St. George’s Mushroom can be grown by transferring them from a more abundant place of occurrence in a meadow or other grassy area. In a circle where the grass is significantly greener, we engrave turf with sides of 20 x 20 cm. We will place it in a prepared place in the grassy part of the garden – in approximately the same conditions as in the original site. If the May light does not appear within a year, everything can be repeated in more favourable years. We will mow the lawn in which we planted the mayflies for the first time after the harvest of the last fruiting bodies and we should enter it with a mower a maximum of 2 to 3 times a year. A compost can also be another suitable place for growing mayflies. 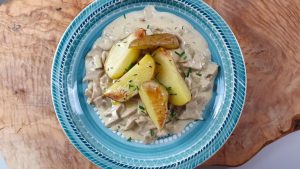 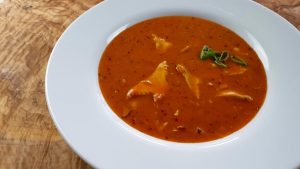 Lilac is not only fragrant but also medicinal. What are benefits?

Bear garlic - spring recipes, where to find this miracle, and how to use it